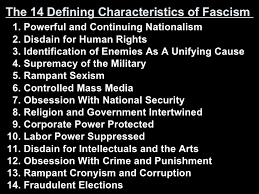 It was all about power. Creating it. Using it. Taking it from others.

~from “How the Light Gets In” by Louise Penney

Overheard in the grocery store check out line yesterday: “It’s been a long day, up early and I still  have a ways to go.”  I have fallen into the rabbit hole of overt political action; I am paying attention to an inner voice that leaves me with no choice but to speak up and contend with the dark forces operating within our country and beyond. The last four weeks have been mentally exhausting and at times frustrating, but also exhilarating.

Some may be surprised at our arrival at the current state of affairs; I am not. When I was in the midst of preparing to move in the spring of 2015, I came across a paper I had written for a graduate course entitled: “Reagan, the New Right and the Threat Against Feminism.” I wrote that paper in 1986. Unfortunately, the paper was lost but I do recall writing about the administration’s attempt to pare down and/or eventually eliminate the Department of Education and of its tenuous partnership with Christian Fundamentalists and their attempts to outlaw abortion and certain forms of birth control for women that they had deemed abortifacients. Sound familiar?

Since those seemingly halcyon days of youthful idealism and continued progressive push back against Christian fundamentalism, I have learned a lot.  All along, I always thought it was about the legalization of abortion in 1973.  In reality, it is more sinister. In fact, religious conservatives were supportive of abortion rights early on  (http://www.politico.com/magazine/story/2014/05/religious-right-real-origins-107133?o=0):

In 1971, delegates to the Southern Baptist Convention in St. Louis, Missouri, passed a resolution encouraging “Southern Baptists to work for legislation that will allow the possibility of abortion under such conditions as rape, incest, clear evidence of severe fetal deformity, and carefully ascertained evidence of the likelihood of damage to the emotional, mental, and physical health of the mother.” The convention, hardly a redoubt of liberal values, reaffirmed that position in 1974, one year after Roe, and again in 1976.

The tipping point for religious conservatives came when the IRS refused to grant Bob Jones University tax exempt status because it practiced racial segregation, a violation of the Civil Rights Act. At the time evangelicals believed that racial segregation was biblically based. In short, this prompted people like Paul Weyrich (co-founder of the Heritage Foundation), Jerry Falwell and others to jump on the political band wagon, find a cause that would unite evangelicals and then associate themselves with people whose values didn’t necessarily align with theirs but, who in turn, needed their votes in order to attain national power. In fact, as governor of California in 1967, Ronald Reagan actually passed a very liberal abortion law. The New Right’s association with the late president was nothing more than a marriage of convenience. This arrangement has been reignited in the latest presidential election with far more devastating and far reaching consequences for all the citizens of our great nation.

The Christian fundamentalist stand against abortion is nothing but a smoke screen for a more underhanded manipulation for absolute power:

In the last forty years, big money (and this means Religious Right Big Money as well-their organizations are run like corporations) has further infiltrated elections on all levels: local, state and national. We all know of the consequences of the Citizens United decision. But the devices of suppression and oppression were being put in place long before then. The Koch brothers and others like them have felt stymied by what they deem as over regulation by government agencies such as the EPA.  They and their operatives have long had a hand in the creation of political movements such as the Tea Party and the selection of hard right candidates who will do their bidding (think of the State Republican Attorneys General and their ties to the energy industry and the subsequent approval of former Oklahoma AG Scott Pruitt):

And, in today’s news, a story of how of how current House Republicans are demanding climate change documents from the New York and Massachusetts Attorneys General (both Democrats), known as part of the “Green 20”:

It would appear, then, if you are not on the “right” side of energy companies you will be part of a federal investigation.

And clearly, you have to be on the “right” side in order to get elected at all.  The REDMAP Initiative (https://www.washingtonpost.com/opinions/the-power-that-gerrymandering-has-brought-to-republicans/2016/06/17/045264ae-2903-11e6-ae4a-3cdd5fe74204_story.html?utm_term=.5727a0444985)  has brought unprecedented conservative power to both the House and the Senate. Their stranglehold helped to obstruct nearly every proposal brought forth by President Obama. And there is something surely wrong when the leaders of the House (Paul Ryan) and Senate ( Mitch McConnell) deliberately chose to ignore the Constitution (Article II, Section 2) when nominating Merrick Garland for the Supreme Court.

Furthermore, the Religious Right’s current  claims of religious freedom violations are disingenuous. For example, prior to the Supreme Court’s decision, Hobby Lobby covered birth control methods such as Plan B and ella. Yet, when the Affordable Care Act mandated coverage, they claimed that their right to practice their religion was being infringed upon. Hypocrisy at its best!

The Prevaricator-in-Chief is the epitome of  the authoritarian(some claim militaristic) turn this country has taken. His chief strategist believes in a New World Order and a purging of political elites. And his Vice President is the Conservative Christian puppeteer. Pence believes in conversion therapy for gay people, said that same sex couples were a sign of “societal collapse”  and voted against the Lilly Ledbetter Act for equal pay for women because he believes that two working parents leads to “stunted emotional growth for children” ( Gail Collins, New York Times). The elected officials in the House and Senate, however, have their own Machiavellian agendas to push through and willfully ignore the problems he is creating. Now that they want to actually enact laws, they are willing to put party over country:

We must act with greater moral courage than those who purportedly serve us. There are people who believe that their actions won’t make a difference one way or another. No matter which side your representative or senator falls on, he or she must hear from you! In fact, when I called Charlie Crist’s office one day last week, his staffer told me that we are making a difference. Bill Nelson’s staff is always gracious and patient; I know his votes match my views but I call anyway. More importantly, I still continue to call Senator Marco Rubio even though he clearly has put party over country and profits over people. And local officials matter as well. I am looking forward to meeting with my representative and senator during the Florida recess.

If we don’t stand up and fight, we are at the very least headed for a Corporate Fundamentalist Christian Theocracy. The evidence is clear that Democracy is in peril. Find your passion then find ways you can act upon it. It doesn’t take much time but if  we don’t act, we will run out of time.

2 thoughts on “Stand Up and Fight”