For nine years I have been living outside my comfort zone. Previously, I had a steady vision as to how my life would proceed. But now I realize I was wearing rose-colored glasses most of the time! In August of 2007, my life’s plan was wildly disrupted and I was thrown into the turbulence of divorce. It was as if the earth had opened up and I was being swallowed whole into circumstances that were beyond my control. I spent the next five years in various states of unease and hardship as I navigated my way into an independent life. Along the way, however, I enjoyed moments of great peace, joy, grace, and a growing sense of inner strength that surprised me time and again.

As much as the independent life I had created brought contentment, it was unsustainable. In fact, it was becoming uncomfortable as the responsibilities of single home-ownership were beginning to become more taxing and overwhelming. Additionally, my boys needed to move forward into their own lives. The adventure was finished. I had done my job.

I am now literally in a whole new zone. I’ve said it before, I know! The climate makes me sweat profusely, and at times I think there are way too many sunny days. There’s a whole lot more traffic and this place seems so BIG to me.

Yet within this seemingly vast concrete jungle, there are delicious bits of paradise. (The paradise that brought people down here in the first place, the paradise that is at risk of getting lost for so many reasons). I have the comfort and contentment and continuity of a healthy partnership. A partnership that doesn’t pass judgement and is consistently patient and supportive, undemanding and full of humor! And, for the past year, I have spent many of my days way outside my educational comfort zone- teaching in positions that grew my brain cells and tested my creativity as an educator. It has been exhausting and exhilarating! But most of all, it’s been a gift. I found my community once again. A place which accepts and embraces me in all the ways I hoped.

In the nine years that my life turned in an unexpected and vastly different direction, I have learned a lot about myself and about who I really am. I have met and continue to meet some truly outstanding and amazing people. People whom I never would have crossed paths with if not for that dastardly day in August all those years ago.

Moving forward is a path that is rarely straight. But if you’re willing to allow the way to unfold before you, the detours may bring you unforeseen adventures! 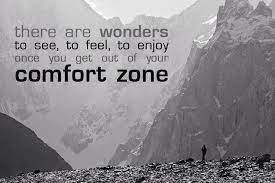