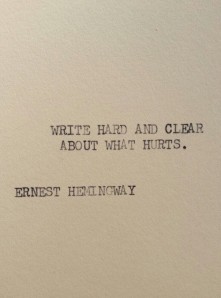 #FWF Free Write Friday: Are You Up For This? 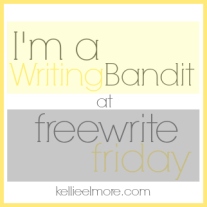 I’ve been debating with myself as to whether it is even worth writing about a decade old story. I have alluded to it in poetry ( Hidden Hunger ,Witness ) but never in memoir.

It is difficult to admit that there was a time that my family went hungry.  The details of how we arrived at our sorry state are way too complicated and frankly, too boring. Here are the highlights:

I spent the summer of 2004 in a state of shock, or as a friend said “survival mode”.  I knew things would get better in the fall when my job resumed to a nearly full -time position. But the 12 weeks of empty bellies seemed endless. A wall of resistance and repudiation was put up by my husband. In his eyes it was my fault for not getting full-time work. Not his fault for getting fired and pursuing something that barely brought a paycheck in to pay bills.

I felt stuck. As summer turned into fall, a latent anger was born. I took it out on everyone but him at first but then it boiled over when I found out about another major purchase he had made. I went into therapy where I began to unravel the pieces of my situation as well as my marriage and more importantly, myself.

We never went hungry after that summer. I refused to have my sons experience that dull, hollow feeling that comes from not having enough to eat ever again. Their father never accepted responsibility for his decisions and instead continued to lay the blame on me. But for the  next summer and for all subsequent summers, I secured positions where I could make money and have my children productively occupied and supervised.

Life trucked on, the marriage ended, battles were waged and the three of us (as many of you know by now) have a wonderful, wonderful life. He lost us but we gained ourselves. I still worry about food and going hungry. I cannot have the refrigerator or cabinets or the pantry ever be empty. It triggers that feeling again.

The boys and I did talk about that time a few years ago. I apologized to them for what happened but they both said I did the best I could. They had come to understand the circumstances that caused the situation in the first place. It was just one of many moral violations committed by their father.

I eventually confessed to my family, who were at first angry that I did not come to them for help. I was too ashamed and I knew I would suffer the consequences of revealing the secret. It didn’t seem worth it at the time.

And do I have shame today? No, I let that go a long time ago. Although I was not conscious of it at the time, I was being abused. The blaming, the passive aggressive behavior, the snide remarks began in earnest that summer. They increased over time until I finally realized what was happening.

When one is in the midst of negativity and abusive behavior, it is nearly impossible to see a way out. One only wants the abuse to stop-not for the abuser to leave. Strange dichotomy but oh so true. Lucky for me, he left. But he still abused from afar in various ways. I only got stronger and my children got wiser.

We know how to feed our bellies and our souls. Loaves and fishes abound. Abundance is present. And we are very grateful.

Never let yourself be bullied into silence. Never allow yourself to be made a victim. Accept no one’s definition of your life; define yourself.

This was THE most challenging free write for me.  I really went back and forth as to whether I could write about it. Frankly, I didn’t want to. But sometimes you just have to put your muscle into it. It was NOT cathartic. It just had to be written and done with once and for all.