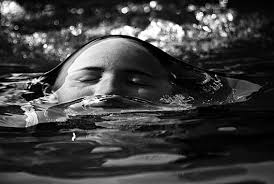 He let out a sigh. Time to refocus. He looked at his watch: 6 AM. Good. He would drive into work and be home in time to see his wife and kids. A quick shower would wash away the remainders of last night’s  encounter. He dressed, put the note in his wallet and hit the road.  As he entered the highway a wave of nausea hit him like a Mac truck. He pulled over on the shoulder and crawled over to the passenger side of the pickup, opened the door and bent over. Must be the beer from last night, he thought.

He arrived at work earlier than usual and had a very productive day-meeting his deadlines with relish and very little pressure. He gave himself enough time at the end of the day to stop at the store and buy all the ingredients for dinner-wine included. He missed his wife suddenly and without a second thought, bought the biggest bouquet of flowers that he could find.

When his family arrived, the table was set, wine was poured and dinner was ready. They all looked relaxed after their respite on the beach and greeted him with joy and laughter. He felt good. At bedtime, the kids went down with ease-salt air does have that effect-so it was a pleasant surprise to find himself wrapped in his wife’s arms without either of them collapsing in exhaustion. She talked of their trip to the doctor’s and the home grown remedy for their daughter’s barking cough. How Karen and Joe opened up their home to all of them and of how the sea air had been a  rejuvenating experience. He listened attentively smiling inside and out. He kissed his wife tenderly and held her close. He loved the feel of her skin, the small rise in her stomach and how he could hold her breasts with his hands.  When he entered her he felt whole again.  She smelled like home.

6 thoughts on “Geographical Escape 2.2: Coming Up for Air”