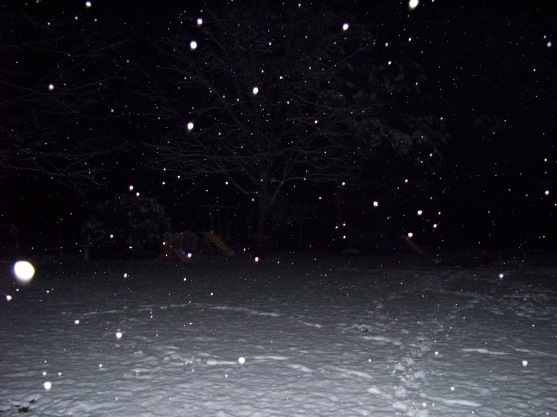 The last flight out left at 7:30 pm.  The driving ban takes effect at midnight, leaving only essential personnel permission to use the roads. It’s quiet now; the forecasted wind gusts yet to arrive. The news reported that we have contractors in from as far as Tennessee to help fix the power lines that are bound to come down from the heavy wet snow on the southeast coast or the gusty winds from the Atlantic and Alberta.  Not everyone is home yet. I’ll be happy when we are all under one roof, readying ourselves to ride out the blizzard. The youngest brought home a generator, given to him from his boss in case the power goes out here.

This morning’s run in 11 degree darkness is but a distant memory. The cold was biting and inviting as I knew the roads would be impossible to endure for at least a day. I thought I might see the sunrise, but alas the steel sky won out once again!

I knew a storm was coming; I could smell it. Not the buttery scent of rain yet to arrive but the pings of  a sharp crunch or something like a dull brightness. I could feel it too. The dry air was on the verge of giving in for a change; it’s been a ‘mild’ winter here. Cold, cold but no white blanket gracing the backyard. Just the land of nosebleeds, scratchy throats and thirst. Some days are so parched that it’s like living in an Artic desert.

But not tonight. Picture perfect precipitation. I hope I sleep without the worry of that dead silence, the one where you don’t hear the humming of the refrigerator or tinging of the radiator.

Sleep tight wherever you are!