I suppose I should have known better when the beaches remained crowded with breakers and the governor essentially stood still until they all went home. He was cut collective slack for this inaction by many of us.  Yet, it didn’t take long for keen observers like myself  to realize that something sinister was afoot. (Forgive me if I cannot recall dates or if certain events are out of order. The pandemic has shattered any concept of time.  March and April feel like a decade ago as opposed to four months.  Additionally, the nature of the lack of response has made my mind a bit of a muddle.)

The first quiver of manipulation and sly fibbery happened with our nursing homes when the governor refused to name the facilities where outbreaks occurred. Testing  capacity was limited and the National Guard was called in to help. Still, no one-not even the families of the residents- knew if their loved ones were among the affected. Then came that dark Friday when a nursing home right up the street from my house had to be evacuated. Lo and behold, on Saturday our sly guy in chief revealed all the names of facilities where outbreaks had occurred. Added to this early deception was the fact that our dear leader refused to shut down the state, caving in only on April 3rd. In the meantime, many of his citizens had already begun their own social distancing and quarantining.  We had been paying attention to news out of the West Coast and Northeast; it made sense for us to change our behavior so that we could flatten the curve. Somewhere along the way, our state’s dashboard was created by the fearless Rebekah Jones, who upon refusing to manipulate the data to make the numbers look better, was summarily fired from her job for insubordination (she has recently filed a whistle blower complaint). Not to be deterred, she set up her own Florida Community Dashboard with the claim that her data collection is more reliable and user friendly as well as accurate. As time marched on, our governor’s adolescent arrogance began to reveal itself with his now famous tantrum (with Pence nodding his head beside him) about how well our state was doing and the predictors of being the next New York were hogwash. Well, we are still awaiting your apology governor because here we are! Also, true to form, our Coronavirus  Reopening Task Force was made up of only the state’s powerful  big businesses and ABSOLUTELY ZERO public health professionals. Then, in an instant it seemed our state was reopened in a mishmash of phases that were hard to follow. What was not hard to follow was the rapid and steep climb in cases, because if you know anything about Florida, it couples its plethora of Conservative Christian schools and churches with an equal measure of bars and nightclubs that invite hedonistic and uninhibited behaviors. Oh, have I mentioned that during this short period of time ( I am still talking May here) that there was never once a state wide mandated order for masks? (Still none.) For those of us like myself who have only ventured forth to stores when necessary, the madness of no mask wearers was both frightening and appalling.  I observed this bizarre sort of uncomfortable defiance in no maskers body language, leaving me wondering if they were packing. Furthermore, as I am writing this, I am remembering what our governor considered “essential” businesses during our abbreviated “shutdown”. Basically, it was “GOD, GUNS, and the WWE.  As I have stated, we are surrounded by a powerful Christian Right lobby here who felt that their need to worship en masse and unmasked indoors intervened with their religious liberty. (I am not sure Jesus would agree.) And guns? Need I say more in this “Stand Your Ground” dystopia? As for the WWE, the McMahons are big Trump donors and our governor is the President’s #1 Water Boy. Enough said.

As we saw numbers rise along with our collective anxiety (mine is the highest it has been in 12 years), our so called leader threw around racist blame at our state’s farm workers ( you know that the people that feed us) as well as the Black Lives Matter protesters (you know the people that wear masks and are fed up with endless injustice).  He had nothing but big brother sympathy for the young bar trolls, chastising them gently and identifying with their need to party. The latter group was responsible for the upward trend in cases and has now been identified as the average age patient in ICU with worse conditions than previous patients. As a result, bars are now not open unless they serve food. Thank you, Governor.

So county and other local leaders have been left to fend for themselves.  I can imagine their frustration! Mandatory masks are now required in my county but I could go one county south and land on a maskless planet. The governor has been stubbornly and stupidly resistant to both masks and rolling back reopening. A recent meeting with Miami area mayors proved fruitless. In Florida, Big Money talks more than anything else regardless of the long term consequences to the health and welfare of its citizens and the economy.  Disney and other major theme parks are in their first week of reopening (with restrictions) and the scaled back Republican National  Convention is still on the calendar for August 27th.  As my oldest son would say, “Dollah, dollah bill y’all.” Schools are being forced to reopen in August at least 5 days a week  by command of our Education Commissioner. Here in Florida, they will issue executive edicts out of Tallahassee when it suits their agenda but will leave you swinging in the breeze when local conditions merit a larger action from them. To this day the state’s unemployment system continues to dysfunction. No help from Tallahassee for the nearly quarter million unemployed who continue to struggle to feed their families and pay their bills.

We are all suffering unnecessarily in Florida as well  our country because of the lack of strong leadership. I am beginning to think that those in power are willing to live with the collateral damage of dead bodies in order to further their authoritarian agenda.  One of my friends has even called it America’s Holocaust. Strong words for this feeling that we are all being led to our own demise.

The best choice for us is to continue to take care of ourselves and to speak truth to power nonstop.  I refuse to back down in the face of purposeful and malignant ineptitude and malfeasance. It may be hard to believe, but the pushback is strong and somehow we will prevail.

To my readers: thank you for taking the time to read this post.  It is a stream of consciousness  piece that needed to be written because my body could no longer hold onto my anger, anxiety and frustration.

This poem was written a couple of years ago as part of my writing class’ found poem project. (A found poem  takes existing texts and reorders the words. Usually, I select anywhere from 75-150 and then cut them in half. Then from there, I construct a poem.)

I had read Lauren Groff’s  Florida, which is a collection of short stories set in the state. As a transplant who has struggled to live here, I found her stories to be affirming of my angst about this state.  The fact that Florida is now the epicenter of the virus serves as no surprise to me. The lack of leadership is epic in its dysfunction.  I thought today was a good day to share my anxiety as well as my observations.  I want to thank my stepdaughter for her help in transferring my poem to the post. It was trial and error but she made it work!

You say this is Paradise

You sing songs of praise

You compare your sunny sunshine

to places of blustery blizzards

as if the cold snapping

is a permanent hell,

rather than a seasonal phenomenon,

a life cycle that births the fields that feed us.

And what of your impervious impenetrable scape?

Is it a highway to heaven?

How far can you see?

Have you looked up from your holy book?

Have you yet to temper

that you’ve been unleashing on others?

Where is the  Love?

The Affirmation of Another’s Humble Humanity?

You may very well find another treasure trove

that it is nothing

but a cult-like con game

a parkway for plutocrats

a no mans land of malls

as if divinely ordained.

* A recent news story here where a man shot two others, killing one, in a road rage incident

Day 7: This one is an amalgamation of various experiences, observations and  news items from living here in the sunny South. 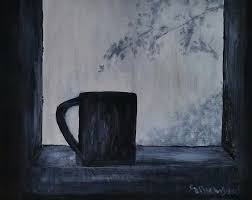 Held hostage by the gravity of sleep,

the ceiling fan spins its hum.

The alarm has been snoozed

My mind fogged is fogged by dreams

It starts as a tapping

and moves quickly into a steady beat.

I kneel at the window,

peering into the early morning darkness.

I only see trees swaying

Awake now, I stumble down  the hall

and in mere seconds

the sky has released a deluge.

The park is filling with an amber rain

Black puddles shine in my back yard

Its vibrations felt by my feet

I pray for its passing

and the easing of the rain.

I long to run before my work day begins

The trail will be flanked by vernal pools

will engage in their chorus.

In these few moments

A reincarnation of Old Florida reveals itself

Beckoning and Begging and Beseeching

to be Saved before it sinks.

Day 5:  Fine tuning this before the end of  a work day.  Written in the early hours.  Published now.