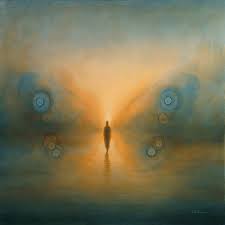 Kept out of sight

Would the taste of sweet freedom ever prevail?

Used for another’s purpose and pleasure

She learned to keep secret her own inner treasure

Living in fear of his twisted ire

She learned to tamp down her simmering fire

Her movements dissected and judged

Her body reflected his ideal

Her intellect she learned to conceal

‘Til one day she burst forth

A near nuclear force

Her treasure no longer hidden

No need to do his unending bidding

Her world was on fire

No longer stuck in the muck and the mire

The whole world could hear

At the time of the dismantling I used to wonder

used to sweat in desperation

used to be ensnared in your endless games of lashing out

for  punishment of things that I did not do

for the person you thought I was

the one who punished you for her own guilt

I felt myself wasting away

eager with a morbid curiosity about your private transgressions

I used to wish you would become a stranger to me

I wish I wouldn’t recognize you

to turn my head in instinct at your unwelcome presence

a witness to your lingering lurking

I ceased to wonder

no longer trapped, but free in my freedom

I felt my self growing

a woman with curves and flesh

the mistress of my destiny

no longer curious but filled with awe at new love found

a transient that I passed by with ease

no longer on edge, existing on a different plane

I no longer took notice of you

I see you on the street at a distance,

It all started innocently enough.  He was approached with an offer from his boss after the holidays. “Got a buddy up in the Billingsworth region who could use your expertise for a bit. You would be in a consulting position three days a week and you’d make  top money in addition to what you make here. If it works out, I get a cut of the profit and I’ll give you a hefty raise.”

He didn’t pass it up even though it meant being away from home Sunday afternoon to Wednesday night.  Perfect timing for ski season. The area had top-notch black diamond trails.  Just the kick he needed.

And the old feeling was rising up again. He thought that he had it under control. Lauren wasn’t even a distant memory; he had convinced himself that it never happened. But then Joe had to go say something that triggered that underground tremor in him again. The four of them were out at their annual couples holiday date and Joe had raised a toast to him. “Tom, he said in a booming voice, your mom would be so proud of you. Successful businessman, husband, father and friend. You have buried the legacy of your dad.”  Tom’s face became an icy mask. He had not seen his father since he was nine. Tom’s mom had died of cancer just before their daughter was born. They had named her Louisa after her grandmother.

The physical exertion of cycling and skiing that once helped to peel the layers of hurt ceased to work. Sexual diversion with a woman he barely knew had become his new method of deliverance.

Georgia was a mirror image of him. Short black hair. Black eyes.  A femme fatale who was just shy of 40 and had a body that knocked him out.  Powerful  thighs that were strong from years on the slopes. Muscular upper back.  A brawny woman who made it clear that she was proud of her sexuality.

When she called her mechanic, he let her know that he would not be able to get the new starter until Friday. Given the timing of the repair, Tom would not make it home at all since he was back at work in s the following  Monday.  He would remain in the area for another week.

And what a week it was. There was a certain tough competitiveness to their escapades. An edginess. Like skiing on icy slopes or off the trails. Georgia was an expert skier and he found it hard to keep up with her.  And she was equally energetic and agile in the  bedroom.

She brought out a hidden determination in him.  A hardened physical desire that broke down the act into tarnished carnal lust. She was serving a need and he was hooked.